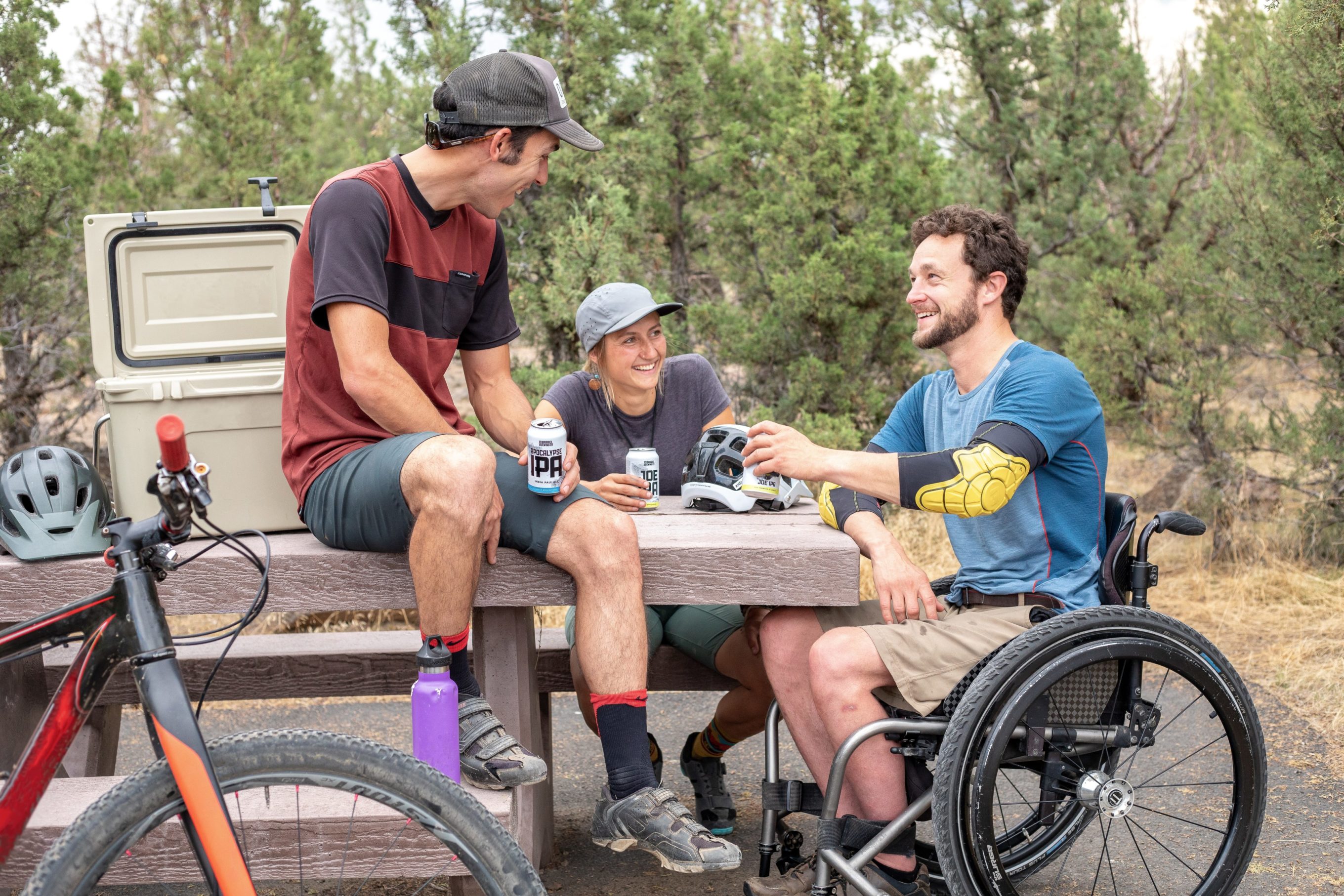 I have to overcome a lot of issues related to my disability.  I was born with cerebral palsy, so I’ve encountered challenges from day one. When you add the fact that I’m a gay man living in the Deep South, a lot of times it’s hard just to live.

I’ve only had two romantic relationships in my life. The first was for a little over two years, and my second and most recent one lasted just over nine months. I met my first boyfriend six years ago through an online dating service, and we’re still the best of friends. I’d say without hesitation that he remains one of my biggest advocates.

I met my most recent boyfriend at a community theatre audition. We were both cast in the show, and he ended up being my ride to rehearsals. We’ve fallen out of touch, but I hope we reconnect in some fashion someday. He was the one who really taught me how to love someone outside my family unconditionally, and there hasn’t been a day since our parting that I haven’t thought of him. He is an extraordinary man.

Besides those two relationships, it’s always been incredibly hard for me to get a date. On the rare occasions I do get out to a club, it almost seems as if I’m invisible. If someone does talk to me, ninety percent of the time they’re not my type.

Why is it so hard for me to get a date? I’m incredibly easy to talk to. I’m educated. And I’m not shy in the least. I’m not sure that I can speak for everyone who has declined to talk to me over the years, but based on what I see and hear from my friends, I’ve developed three main theories as to why most guys deem me unapproachable.

My wheelchair is electric, and it’s also huge. Obviously I’m not the most inconspicuous person out there. And I’ve never won a game of hide and seek in my life. So, I know guys see me.

But the chair brings up a lot of questions.

Ever since I was a little kid, the fact that I use a wheelchair has communicated to some people that I have cognitive disabilities as well as physical. I don’t know why that is, but it’s always been the case. I know from experience that it’s not just people my parents’ age and older who have that question.

A lot of the time, even though I’m thirty, people speak to me as if I’m a young child. For example, once I was in Wal*Mart with my grandmother and I was browsing the children’s books. I’d picked up a Dr. Seuss book. Even though I’m quite plainly an adult male — with a full beard! — a lady came up to me and started speaking baby talk to me in a high voice.

“Are you shopping BIG?” she asked.

I chuckled politely and said, “I guess I am.”

I’d never really thought about it from a stranger’s perspective before, but now that I have, I’m kind of awestruck at how scary it must be to see me. They don’t know me; they don’t know my disability or how I react to new people and situations. I recognize the difficulty, and I respect it. But I still wish people would approach me.

I don’t want pity either. Every time I’ve approached a guy in the bar or anywhere else, I always feel like they’re talking to me out of pity. What makes me think this? I’m not always sure. But you can tell if someone you’re attracted to is interested or if they’re just speaking to you out of politeness.

For example, I had an exchange with a guy in a bar once, and afterwards I heard him say to his friend, “That poor guy in the wheelchair.”

Being a wheelchair user comes with a lot of baggage. If you get into a relationship with me, chances are you’re going to learn a lot of intimate things about me a lot quicker than you would if you were dating an able-bodied guy. I have a physical disability and as such, I need help with a lot of activities of daily living that most people take for granted.

However, I also have a plan that helps me keep as much of the burden off anyone I’m dating as possible. I just wish more guys would get past the fear of what might happen and take a chance on me.

I’ve never dated a girl, so I don’t know exactly how this would work if I tried. But I do know that gay guys are very much preoccupied with hooking up.

Why would we let a guy’s preferred position stop us from actually getting to know him?

Additionally, I’ve basically given up on online dating because I get tired of being asked, “Can you get it up?”

What I want, more than sex, is an intimate and loving relationship. Sex is great, but if there’s no feeling behind it, it’s worthless to me. I can get the same amount of pleasure I get from meaningless sex in a matter of minutes with my left hand.

I feel like an oddball within my own community because I identify as demisexual as well. A demisexual is someone who must feel a deep emotional connection to someone before there’s a physical and/or sexual attraction.

When I’ve described my perfect guy to my friends, most of them will tell me without much hesitation that I appear to be looking for a unicorn. So what does my unicorn look like? Even though I tend to downplay physical characteristics, there are some I like. I’d like him taller than I am, which isn’t hard because I’m 5’5″. His eye and hair color don’t matter much, although I am partial to darker hair. I also have a preference for men with hairy chests.

Aesthetics aside though, mostly what I’d like in a partner is a kind guy, someone who likes good long conversations. It would help if he were a reader who liked to geek out over some of the same stuff I do, like Harry Potter, Disney, and Star Trek.

Above all, I just want a caring guy who cares a lot for me. I don’t think that’s asking too much.

I feel like I’m something of unicorn myself, though. If I am one, there has to be at least one other unicorn out there, right?

[Feature Image: Photo of three people spending time together in nature at a picnic table in front of a thicket of trees. A mountain bike is propped against the table and a cooler rests on top. The person on the left is sitting on top of the table while holding an IPA beer and looking down at the others with a smile on their face as if they’re in mid-conversation. The person in the center is sitting at the table with an IPA and smiling as they look at the person on the right. The third person is sitting in a wheelchair and grasping their IPA while looking up at the person on the left with a smile as if they, too, are in the middle of a conversation. Source: Pexels]